Al Watan Security Services, a wholly-owned subsidiary of Fujairah National Group, was established in 1982 and participated in miscellaneous security guarding and on various fields. Guarding filed was not controlled and licensed, and the laws were not established to regulate the security guards work at that period of time. We obtained licenses approved by Ministry of Interior – The Private Security Companies Department to conduct advanced security guard in the following areas: The general security guard, security of hotels, hospitals security, security of banks and the security of vital installations as well as a service to the oil and gas fields onshore and offshore.

Al Watan Security Services is managed by Emirati retired army and police officers who have academic training of higher security and developed in leadership positions and military security in the duration of their work, leaving them with extensive tactical experience in the field of security. Our highly qualified and experienced management makes Al Watan Security Services capable of dealing with all aspects of security and for each and every possible scenario. Our security guards are available 24/7, and had received rigorous training to deal with the threats quickly and appropriately. 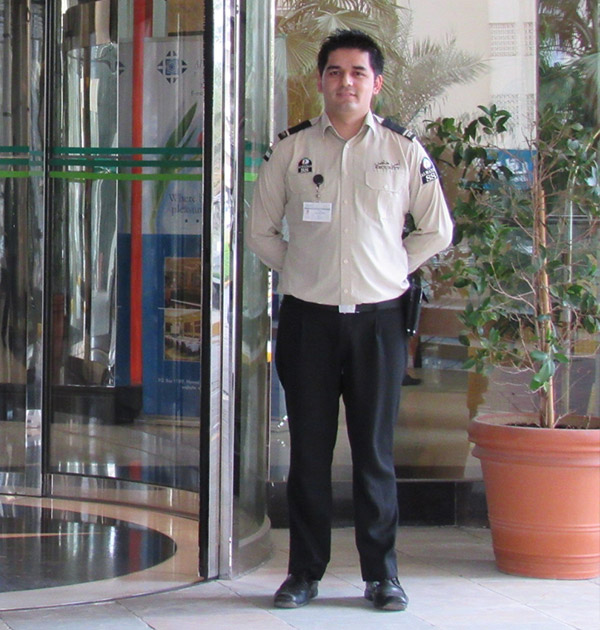 From security guards to event security to alarm monitoring, our security services company is the top choice in the East Coast of UAE. We are the official security company for all Fujairah National Group Companies. Al Watan Security Services addresses the unmet security needs of commercial, residential, institutional and individual clients. Our professional management, expert risk assessment, and trained staff with state-of-the-art technology will ensure providing the exceptional complete security solutions.

Our team of specialists will discuss your security needs and concerns. We will help you understand potential security risks and suggest the most effective solutions that will fit into your current security program and budget.